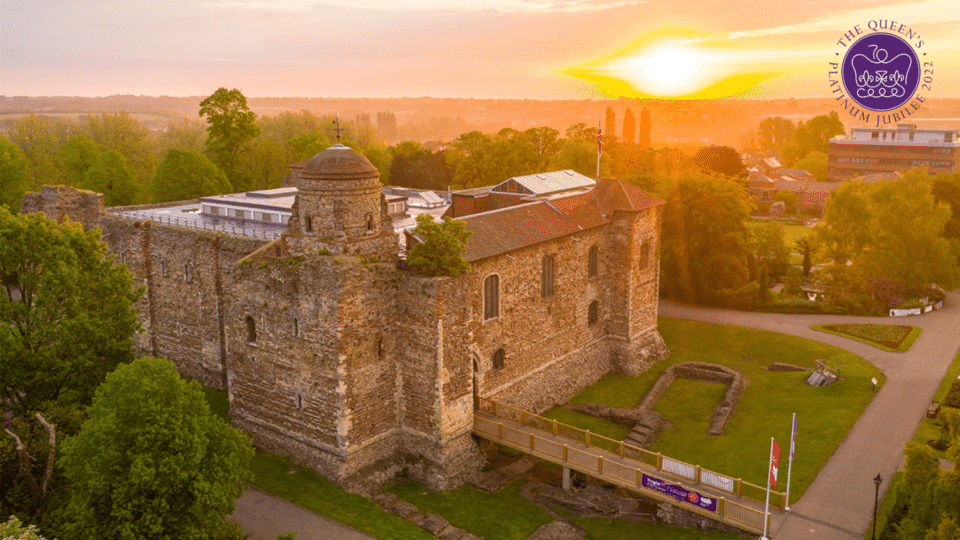 In a landmark announcement given today, Colchester is recognised for its status as Britain’s first recorded settlement and its first capital. Britain’s oldest recorded town and first city was also given the nod for its links to the armed forces and its position as a garrison town for the past 165 years.

A total of 17 Essex MPs had joined together to support Colchester’s bid to be granted city status – at the fifth attempt. Colchester Council submitted a bid last year for the borough to be named a city as part of the Queen’s platinum jubilee celebrations.

The Platinum Jubilee Civic Honours Competition required applicants to demonstrate how their communities and identities meant they deserved to be awarded city status. They were also required to highlight their royal associations and cultural heritage.

Colchester joins seven other locations including Milton Keynes, Doncaster and Wrexham, in Wales, in receiving the royal honour. Stanley was also named a city as the Falkland Islands becomes the first ever Overseas Territory to win a competition for the status.

Sir Bob Russell, High Steward of Colchester, said: “This is fantastic news for Colchester. It restores, officially, the title of city which we were granted in AD49 by the Emperor Claudius and it was never taken away. We are now no longer Britain’s oldest recorded town, we’re officially Britain’s oldest city.”

Colchester mayor Robert Davidson said: “On behalf of everyone in Colchester, I would like to thank Her Majesty for this wonderful honour in her Platinum Jubilee year. I would also like to pay tribute to everyone who backed Colchester’s bid, including HM Lord Lieutenant of Essex Jennifer Tolhurst, and all those who worked so hard to make city status a reality in this extraordinary year. We hope this wonderful announcement will offer new opportunities for local people and provide a bright future for generations to come.”

Deputy mayor Tim Young added: “It’s wonderful news and it’s long overdue. What a wonderful introduction to my mayoralty and what a richly-deserved honour for Colchester. Having this status does help, I think Chelmsford have found this, and we will certainly be able to push for more funding and transform our tourism offering. When people come to the UK from overseas they want to see the cities and I think Colchester having achieved this status – some don’t think it ever lost it – will provide enormous benefits. There are now three new cities in Essex where just a short time ago there weren’t any.”

Chancellor of the Duchy of Lancaster Steve Barclay said: “I am delighted a record number of locations have been awarded the prestigious city status as part of Her Majesty The Queen’s Platinum Jubilee Celebrations. What was clear to me during the process of assessing each application was the pride that people felt for their communities, local cultural heritage and the Royal Family. As we celebrate Her Majesty The Queen’s colossal contribution to society, I am thrilled we are able to recognise some of the many places that make Britain great. It is also incredibly reflective of Her Majesty’s global outlook and years of international service that applicants from the Overseas Territories and Crown Dependencies have been selected as winners for the first time. I look forward to the world coming together to show our pride and gratitude to Queen Elizabeth II on the jubilee weekend.”

Our own Executive Director of Mercury Theatre, Steve Mannix adds: “All of us here at the Mercury are delighted that Colchester has finally gained the great honour of receiving city status. It really goes to show Colchester continues to be an exciting place to live and work – a vibrant centre for culture, heritage and community spirit. This award is testament to the strength of partnership working across the public, commercial and not for profit sectors.”

The competition for city status has taken place in each of the last three jubilee years, with previous winners including Chelmsford, Lisburn and Newport. Southend was also granted city status last year in honour of the late MP Sir David Amess.

Culture Secretary Nadine Dorries added: “City status is a huge accolade and I congratulate our eight brilliant winners. This competition showcases the best of Britain and the overseas territories and will act as a lasting legacy of Her Majesty The Queen’s Platinum Jubilee.”