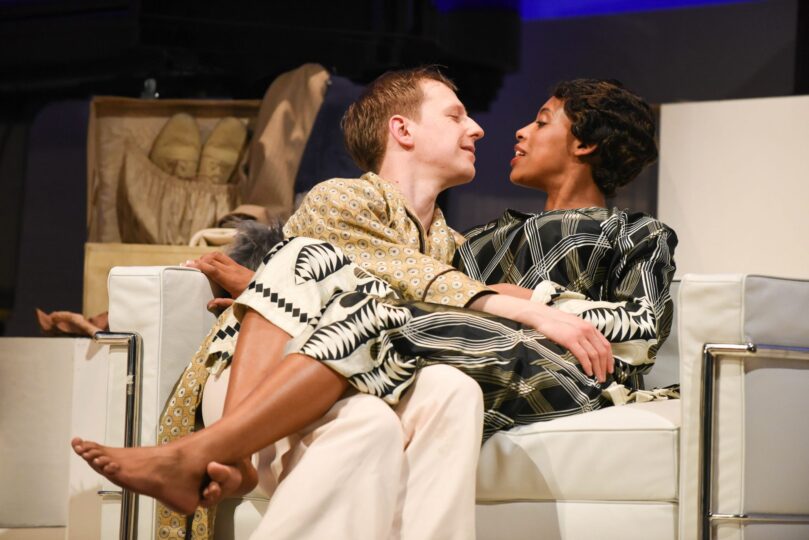 Partnering with, including, reflecting and learning from many diverse communities, cultures, opinions and backgrounds is essential to who we are at the Mercury Theatre, and to the work we do.

Arts Council England fund a network of organisations of many sizes and scales known as the National Portfolio of artists and companies who are tasked with bringing “new energy to the arts and cultural sector“.

These publications give us a welcome opportunity to mark our progress since 2015, to reflect on where we are now, and to lay out where we are going.

2016-18 has seen a significant amount of BAME-led work across our Made in Colchester (in-house produced) programme.

We were proud to present the regional premiere of Clybourne Park, and to be able to tour this production which The Stage described as “touring theatre at its best”.

Working with Derby Theatre, our co-production of Sweeney Todd: The Demon Barber of Fleet Street featured Hugh Maynard as the first black actor to play Sweeney in a UK professional production.

Our production of Private Lives starred the outstanding Krissi Bohn and Olivia Onyehara in lead roles.

We work with and support BAME-led and disabled-led theatre companies, regularly featuring their work in our programme.

Today and in the future

We’re proud of our people.  Our staff team includes people from many walks of life, experiences, and perspectives.  We have international, BAME and disabled people working across the organisation in departments including Technical, Creative Learning & Talent, Administration, Production and Audience Services, as well as serving on the Board.

We’re committed to including, working with and supporting people from diverse backgrounds, including at the early stages of their career.

Our Early Careers Training Programme has places reserved for people from diverse backgrounds, while our Associate Artist recruitment for 2018 carries a commitment to interview all applicants who identify as being of a minority community / background. 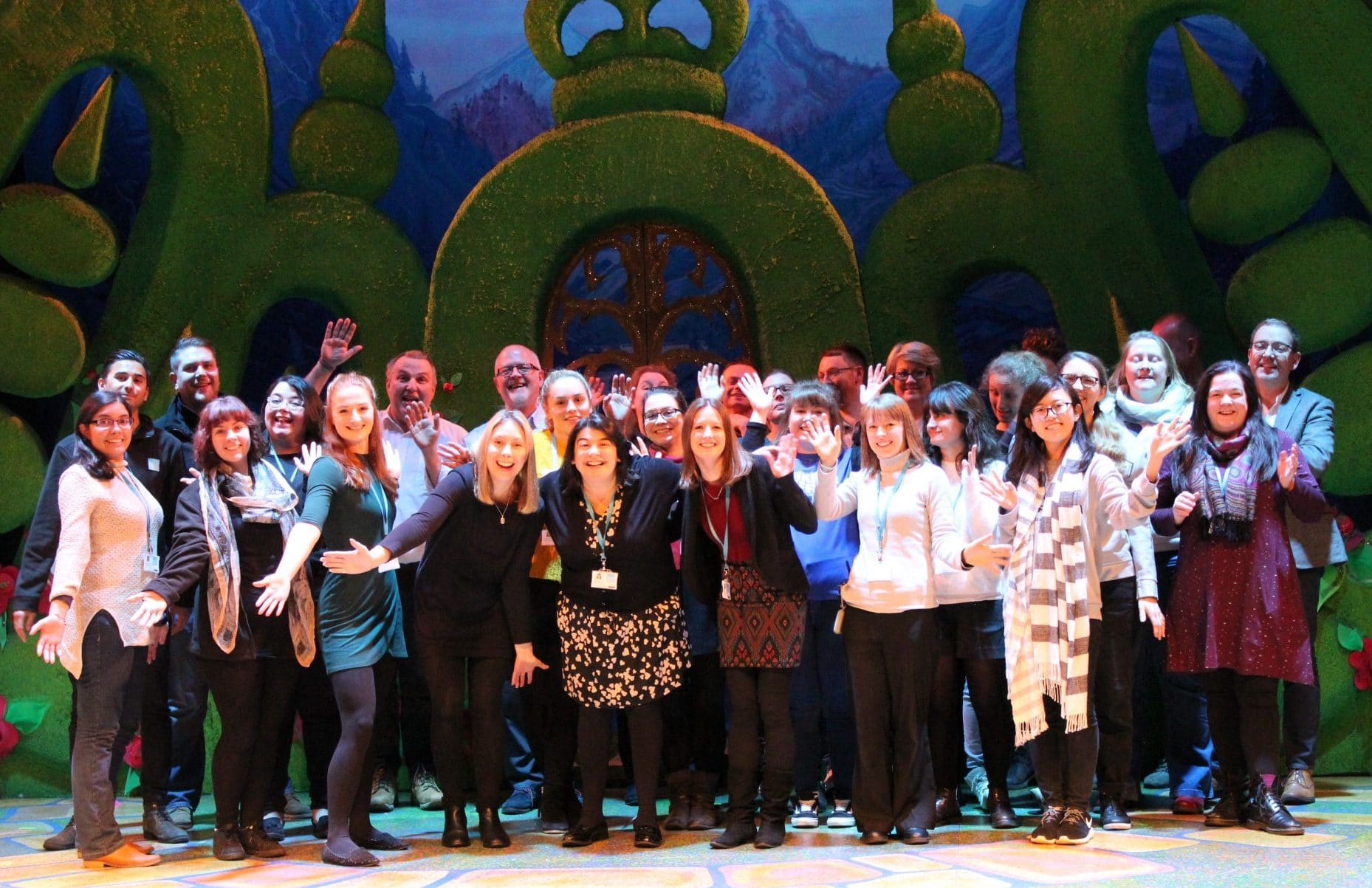 Our latest business plan (2018 – 21) reflects our determination to:

We always welcome  feedback on our work – email info@mercurytheatre.co.uk to share your thoughts.

We spoke to Young People’s Director Filiz Ozcan about her experience of working at the Mercury.

Originally, I’m from Turkey, and I came to the UK when I was 7 years old. My whole family moved here during that time, initially to Barnet in North London, and now I live in Colchester.

I came to the Mercury about two and a half years ago. I had been working at Pegasus Theatre but had left because I wanted to focus on developing my craft as a director, and the opportunity to become a Youth Theatre Director at the Mercury came up and I applied.

The intention was just to see how I felt about the building and the work, but there wasn’t the urgency of “I want this job really badly”.

I had an interview with Daniel [Buckroyd, Artistic Director] – it was very interesting because he was very inquisitive, asking the right kind of questions about my ideas, which was great because it’s really made me think about my approach. In the interview I was learning a lot – the tour around the building was incredible, I was so impressed – and then I was invited to do a workshop with the young people and they were so open and generous and were willing to try out the ideas I was bringing, and that was what made me want the job – the process made me want the job.

It’s been amazing to work in rehearsals with the actors, and to run the understudy rehearsals

Since then, I’ve directed Animal Farm on the Main Stage, Romeo and Juliet – a site specific piece in St Martin’s Church; I also did Half of Me, which was a co-produced production by Tamasha, and the Mercury, and it was a curtain raiser for Made in India – I really enjoyed that. I then did Blackout as part of the NT Connection festival, and programmed the festival at the Mercury Theatre which was great, working with different schools and youth theatre groups and bringing them into the Mercury. I did Lord of the Flies last year, and I’m now doing Treasure Island. On top of that, I’ve been assistant directing Snow White, our 2017-18 panto, and it’s been amazing to work in rehearsals with the actors, and to run the understudy rehearsals – that was really lovely. So loads!

I honestly believe if you see someone from a different background performing you suddenly think yes, I could do that

I think having a diverse range of voices enhances the work that’s created – my background and my approach to work is slightly different to somebody who’s been brought up in the UK or who is British, as I’m much more sensitive to projects around refugees – I’m just a bit more aware and tuned in. And on top of that, the landscape of England is shifting and changing so there are a lot of young people growing up between two cultures and representation of that in the theatre, especially if it’s serving the public, is really important, because I honestly believe if you see someone from a different background performing you suddenly think ‘yes, I could do that’, but if you don’t see that then you’re less likely to think that is a world for you because you can’t see yourself in there. They can see themselves doing those jobs. It’s really important to have that kind of representation.

It’s the beginning of a much larger project

There’s a diverse community here [in Colchester], but not so much as in other areas. Here, the communities are often in little hubs and it’s lovely that we have a Community Producer, Rachel Fitzgerald, and she does a lot of networking to bring those communities into the building – sometimes they don’t think the building is for them and it requires a lot of work to bring them in, and we’ve started doing that.

I don’t think it’s an overnight thing and it will take longer in a building like this because the communities are often more isolated. The theatre is doing that really well by trying to bring them into the building, and building trust and relationships, and it is happening, but it just takes time.

We spoke to Deputy Executive Director Robin Cantrill-Fenwick about his experiences as a deaf / hard of hearing person working at the Mercury. 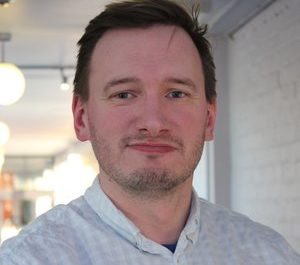 I’ve been hard of hearing since birth, relying on hearing aids and lip reading to help in day to day communication.  I go through periods of being totally deaf that can last between a few days and a couple of weeks.

I joined the Mercury just under five years ago as the Director of Communications, and was made Deputy Executive Director in 2016.

Just wearing hearing aids has been a big deal in some organisations I’ve worked in in the past. I’d got used to jokes after mis-hearing things, or the well meaning banter that reminded everyone that I’m “the deaf one”.  When I was in my early 20s, a manager told me I’d been hired as “the box ticker – gay, deaf, brought up on a council estate”. It was pretty hard to stay motivated in the job after that!

It’s never been like that at the Mercury.  I’ve never been held back by my hearing impairment – the Mercury has given me time and resources to develop as a professional, in a nurturing and supportive environment.

Our values are quality, innovation, diversity, and inclusion – I see those values being lived every day.

I know that together with all of my colleagues on the leadership team,  we are sincere in our conviction that the Mercury is at its best when it is shaped by the diverse communities that we are proud to serve.