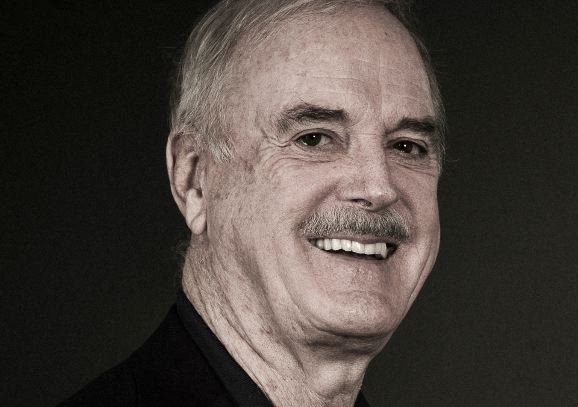 “If you think about it, the Fawlty Towers shows were actually just little thirty minute farces.”

Tell us about Bang Bang. What subjects does it deal with, and why is farce the best medium?

I have always been drawn to farce, because since the first one I ever saw, I realised it produces the completely helpless kind of laughter better than any other kind of comedy. It’s because it lives in a world of heightened reality. So if it’s done well – and an awful lot of farce isn’t – it should be acted with extreme seriousness at all times. It can often start out almost quietly, setting the plot which can then unfold, and you need to believe the characters from the very start. So it has to be played in a very real style. Then as the complications of the plot multiple, the actors become more and more keyed up, and finally frantic, in their attempts to stop something dreadful from happening – often the revelation of a secret that one of them is trying to keep.

Bedrooms have always been a major setting for farce, because through the centuries the idea of infidelity being discovered by one’s spouse is terrifying. Very frequently in farce, actual infidelity does not take place, but that doesn’t stop the fun.

One of the great aspects of farce is that the very best farce is wonderfully constructed: quite complex plots, worked through with mathematical precision. The strength of this logic, combined with the characters’ more and more frantic behaviour, can become really hilarious.

If you think about it, the Fawlty Towers shows were actually just little thirty minute farces.

Are there any personality traits, good or bad, that make an effective comedy writer?

I think a good comedy writer man or woman has got to be able to combine a facility for coming up with absurd situations, with a logical capacity to make all the bits fit together so that they make sense.

Is it hard to be original when audiences have a fixed idea of your humour?

Yes, once people associate you with a particular thing it’s very hard for them to see that you are doing something else. I think if I played Mary Queen of Scots people would still think I was playing Basil Fawlty.

How has humour changed in your lifetime? Is it hard to keep up with the changes? Do you try?

Well when I was young, in the fifties, humour was very, very, very respectable. The naughtiest word you could say was bloomin’ or ruddy and nobody made fun or the Prime Minister or made jokes about the Queen. It was considered totally disrespectful. But after 1962, when Beyond the Fringe opened in London with Peter Cook, Jonathan Miller, Dudley Moore and Alan Bennett all that changed, so far as London was concerned, and then just a few months later That Was the Week That Was with David Frost changed that for the whole country because that programme was transmitted nationally.

Is all humour fundamentally criticism?

Yes I think all humour is fundamentally critical. I think this is not true of puns, but if you’re watching any kind of comedy on stage ultimately the humour is that we are not sufficiently flexible and we get stuck in the same inappropriate emotions. In other words although it makes perfectly good sense to feel lustful, but in farce people simply can’t control their behaviour.

Do you think you’ve become more or less funny with time?

I think I have become funnier over a much wide range of styles and subject matter than I used to be, which is all part of growing up, and learning a little more about yourself every day, if you can.

Do you find it easy to be funny without a script?

Well if I am in ordinary conversation in the evening with someone with my sense of humour, yes, I can be funny. It’s all about being completely relaxed. It’s when you get self-conscious that the humour gets lost because you tighten up and lose spontaneity.

But I am primarily a writer and happiest when I am sitting there putting words down on paper. Which I do with a propelling pencil on exercise books!

You’re an incredibly busy man, with tours and talks and being quizzed on the American election – do you think you’ll ever stop working?

I certainly would never stop writing because as I said, I enjoy that enormously. I also like talking and performing to audiences.

Doing shows with Eric [Idle] for audiences in Australia and American has been enormous fun but at the end of the day you are saying pretty much the same thing every night and the joy is to come up with something new.

How does it feel to see a show open for the first time? How do you deal with the nerves?

I don’t know. It’s never happened to me and I am really looking forward to Bang Bang for that reason! 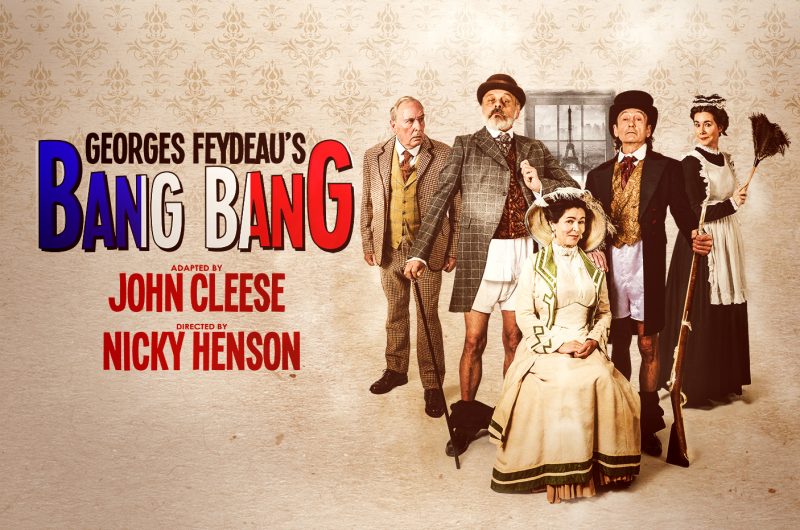