Mercury shortlisted for The Stage Regional Theatre of the Year award 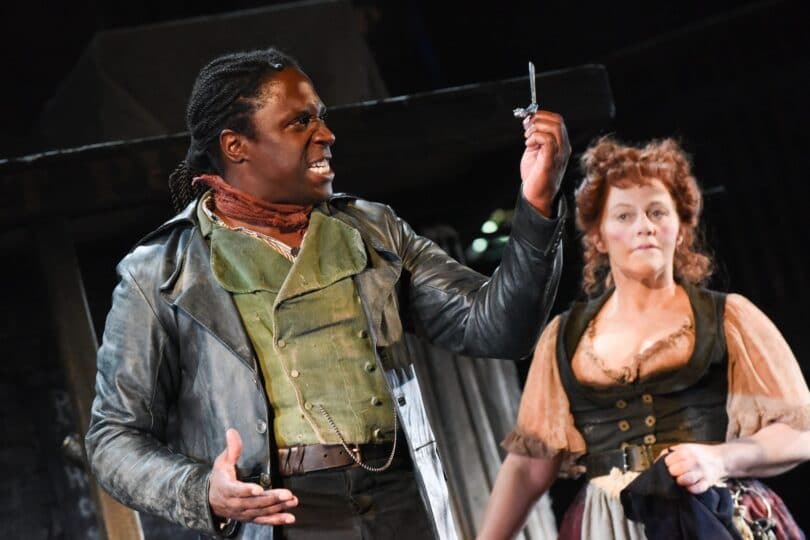 The Mercury Theatre has been shortlisted for Regional Theatre of the Year in The Stage newspaper’s annual awards.  The Stage Awards are among the most sought-after national awards in the industry.  The Mercury is shortlisted alongside Sheffield Theatres and Bristol Old Vic.

The award is given to “the top theatre outside of the capital over the past 12 months”. Judges cited the Mercury’s Made in Colchester productions, its commitment to diversity, significant audience growth, and the launch of Mercury Rising as key factors placing the theatre in the top three nationwide:

Situated in the heart of Essex, this venue punches consistently above its weight in terms of output, turnover and audiences.

Earlier this year, the venue staged the regional premiere of Clybourne Park, described by The Stage as a “tense and terrific staging”. The production was a bold choice for the theatre, which the judges noted has become a well-established regional venue, with intelligent programming and brave casting decisions.

Its commitment to diverse casting was demonstrated with its staging of both Private Lives and of Sweeney Todd, in a co-production with Derby Theatre. Both featured diverse casts, with Hugh Maynard becoming the first black actor to play Sweeney in the UK.

The judges were impressed with the venue’s nine annual Made in Colchester productions, the fact it has increased its turnover by more than a £1 million over the past three years and the 17% audience increase it has achieved in the last year. It has also developed a new fundraising scheme, launched in the House of Commons, to enable it to begin a major £8.7 million transformation of its Colchester home, which will see it benefit from new rehearsal rooms and spaces for more educational and outreach work.

The winners will be announced at a ceremony at London’s Theatre Royal on January 27th.

The award is sponsored by Evolution Productions, and The Stage Awards are produced in association with Integro.