Mercury Theatre Announced as one of four Stage One Regional Hosts for 2020. 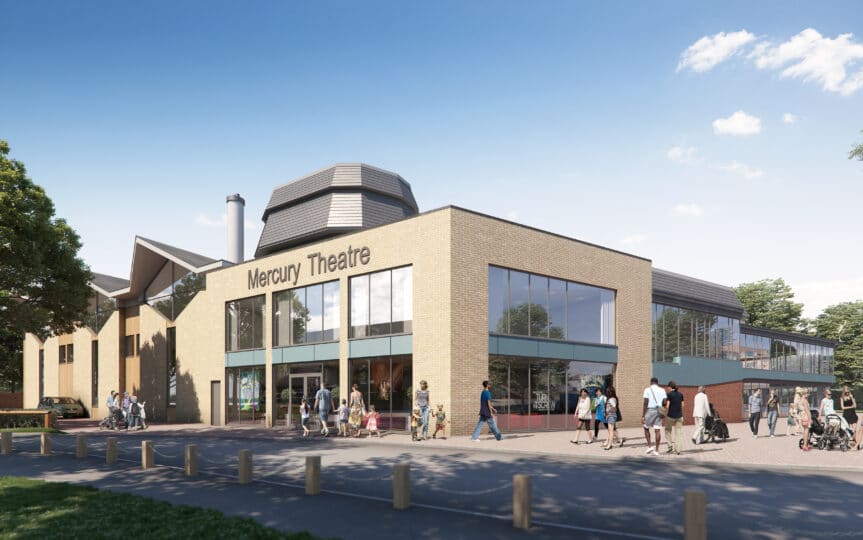 We are thrilled to announce that we have been chosen to be a host venue for the Stage One Regional Development Producer Placement in 2020.

Stage One’s Trainee Producer Placement scheme offers unique hands-on training and development opportunities for outstanding entrepreneurial individuals to learn within a dynamic and practical environment. Stage One launched the Regional Producer Placement Scheme in 2013, in response to the long-term success of their corresponding London scheme which allows trainee producers to hone their skills within a West End producing office.

The aims of the regional scheme are:
• To graduate 4 outstanding individuals from the programme who have developed their producing knowledge and increased their commercial contacts over a 12 month placement.
• To support subsidised venues in their plans to exploit work commercially and acknowledge the importance of the placements in supporting this cultural change.

Joseph Smith, Chief Executive of Stage One, said:
“The scheme aims to enhance communication, share knowledge and seed networks between the subsidised and commercial sectors. Stage One places an ambitious producer at the heart of a regional theatres production team. This enables the producer to learn from the regional producing team while at the same time adding to that team’s strength. We are delighted to be partnering with Birmingham Repertory Theatre, Liverpool Everyman & Playhouse, Mercury Theatre Colchester and Sherman Theatre in the upcoming year.”

Tracey Childs, Executive Producer at Mercury Theatre Colchester, said:
“The Mercury is thrilled to be a host venue for a Stage One Regional New Producer Placement in 2020, as
our refurbished theatre opens for it’s important first season. Having taken part in the scheme five years
ago, we understand exactly how valuable these placements are in nurturing and supporting new talent and
we are extremely grateful to the Stage One charity for their essential work in enabling the development of
the producers of the future.”

Congratulations are also in order for Birmingham Repertory Theatre, Liverpool Everyman & Playhouse and Sherman Theatre who have also been announced as the hosts for theatre producer’s charity, Stage One’s Regional Placement Scheme in 2020.

Birmingham Repertory Theatre
Sean Foley, Artistic Director of Birmingham Repertory Theatre said:
“The REP is extremely proud to be a 2020 host venue for The Stage One Regional New Producer Placement. The REP has a history of supporting emerging artists from the region in their development, and we’re delighted to be working with Stage One again to create this opportunity for an emerging producer to join us as we enter a new era with myself as Artistic Director, along with my colleagues, Amit Sharma, new Deputy Artistic Director and new Executive Director Rachael Thomas.”

Sherman Theatre
Julia Barry, Executive Director of Sherman Theatre, said:
“We are delighted to be embarking upon this relationship with Stage One having long admired their work in
supporting producers to be able to take an important step in their early careers. The nurturing of emerging
talent across all disciplines is a key priority for us at Sherman Theatre and to now partner with Stage One
to support the development of a producer is very exciting.”

Interested in applying to be the Mercury Theatre’s Regional Trainee Producer? Find out more here