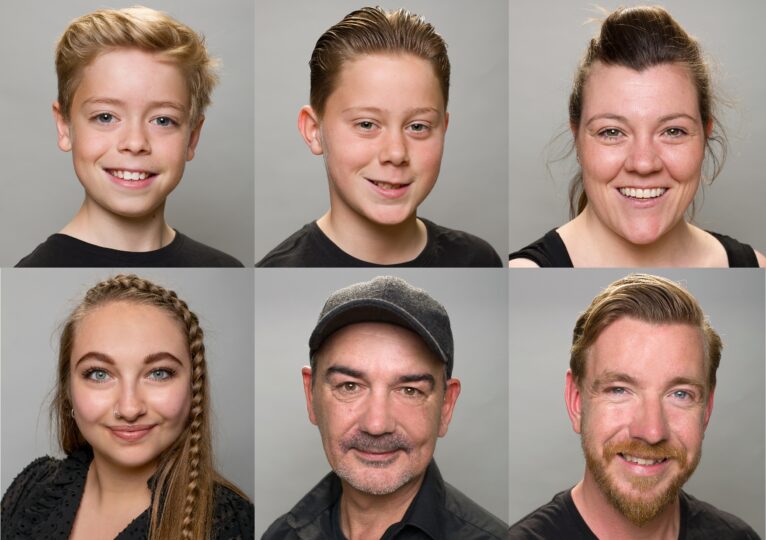 Cast of talented community members announced for the first Made in Colchester production to be presented in the Mercury Theatre’s temporary venue, Mercury at Abbey Field.

Open auditions were held to scout the very best local talent for the show which will be one of the first held in the theatre’s temporary venue, Mercury at Abbey Field.

Leading the cast are talented youngsters Archie (Oliver) and Joss-Paul (Artful Dodger) who are both new to the society. Alongside them are some recognisable faces including Leanne Field as Nancy (Penny in COS’ Hairspray), Adam Woodhouse as Fagin (Director for COS’ Annie) & Wayne Setford as Bill Sikes (Lord Savage in COS’ Jekyll & Hyde). The role of Bet will be played by society newcomer Paisley Pascal, alumni of the Mercury Theatre’s Early Careers Training Programme.

“I’ve been enjoying a fun start to my new job at the Mercury. My first task has been to direct Colchester Operatic Society in Oliver! alongside the young adult side of the company – CO2. I am amazed at how many talented local singers, dancers and actors there are in the area. Rehearsals have been a genuine delight and I can’t wait to get into our winter wonderland style tent to see them all in action.”

“Oliver! is a really unique production for our society as both our senior and junior members get the chance to work together led by the Mercury Theatre’s Creative Team. The casting for this show was tough, with so many talented members, plus many new members auditioning and we are proud of everyone for producing such a high standard of auditions. All those in the cast are working very hard at rehearsals, enjoying the experience and learning a lot from the inspiring creatives.”

“Having performed a number of varied roles I’ve found Nancy is the biggest challenge and I’m enjoying working on the character. It is such an iconic part and having performed as Dodger as a young girl I feel like I’ve grown up with the show. Rehearsals have been inspiring as we’re encouraged to really tap into the meaning and emotion of each conversation and song.”

Oliver! runs at Mercury at Abbey Field from Fri 27 Sep – Sat 12 Oct, tickets are available now. Book yours by phone 01206 573948, in person at Mercury Tickets or by following this link.