Skip to content
You are here: Home Blog Researching the Rep with volunteers Kelvin and Sue
Following the recent government announcement regarding COVID-19, our Mercury Tickets box office is now closed to the public, and the majority of our operations are taking place remotely while our team work safely from home. Our phone lines remain open Mon - Fri, 11am - 4pm, and our Customer Experience team are ready and happy to chat during this time. Please visit our blog to read our full statement on the current situation.
Make It

Work continues on the Mercury Voices archiving project, all with the essential help of our team of volunteers. Kelvin and Sue have been with us since the beginning and explain more about what they’ve been working on, including the latest exhibition about the Rep Company.

Sue and I joined the Archiving project in May 2017 with little awareness of what we may be able to help with – possibly lifting boxes and counting objects. We guessed that this would help keep us both fit. Behold, this is what we actually did when we joined other volunteers carrying boxes of Mercury Theatre programmes, flyers and posters into the rehearsal room and then began counting and sorting them into year piles. 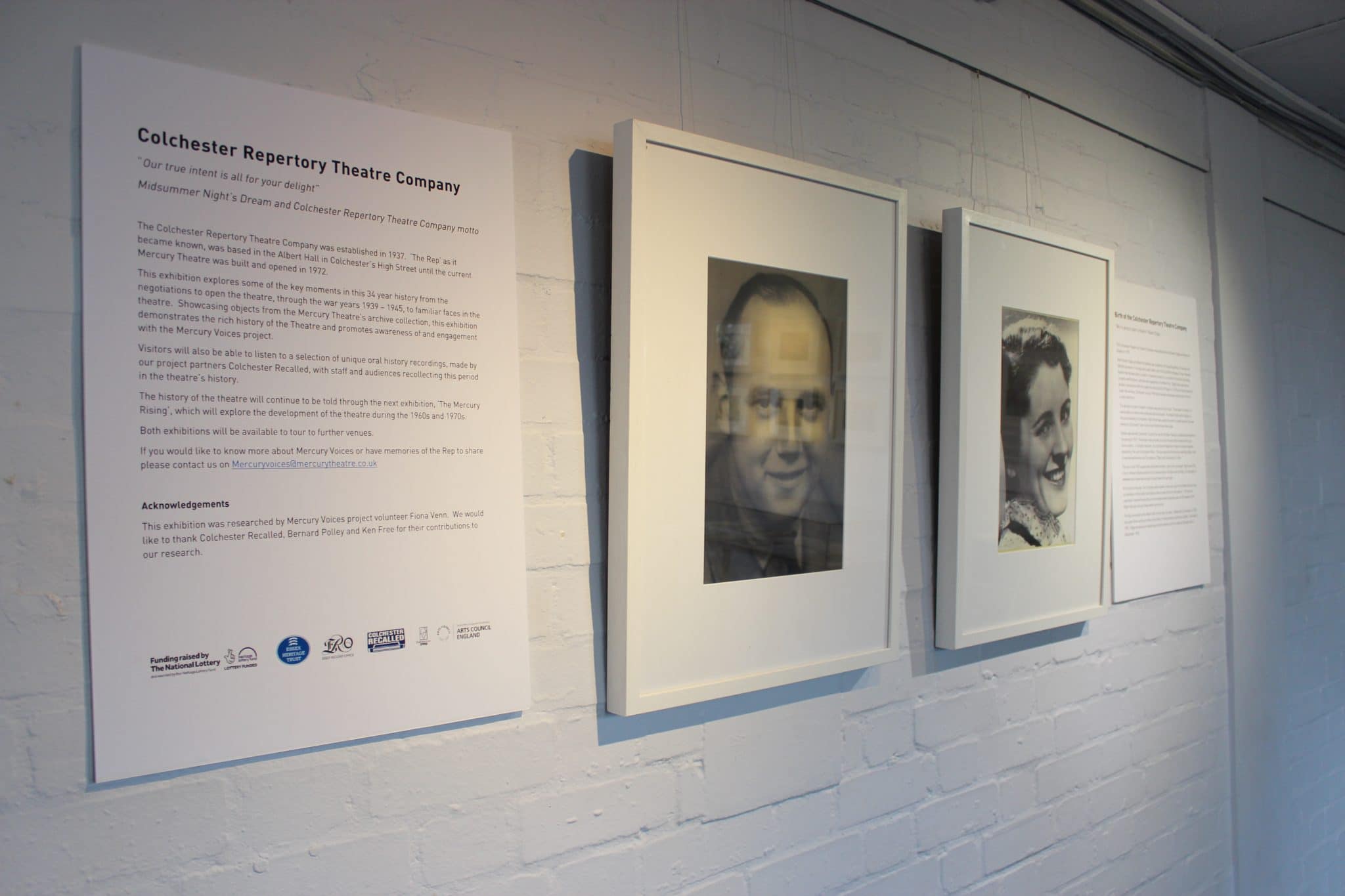 We noticed during this exercise that there were sometimes several programmes for certain shows and in other instances only one programme for another show. We then learnt that the preferred number of copies for each show was 3. Two clean copies would be the archived versions and the third (if available) was to be used for presentation purposes.

After several sessions of sorting many years of Mercury show programmes and posters, we were getting quite absorbed by the various styles and formats of these items and along with other volunteers, we began recalling our own memories of certain actors and their brilliant performances.

When the lively, encouraging Mercury Voices Project Leaders Claire & Laura advised volunteers that specific archived materials would be utilised for various scheduled exhibitions, we all offered suggestions on what best to present and how the items would be displayed. Sue continued to help with the cataloguing of the marketing items and I offered to research Pantomime programmes during the Colchester Repertory Theatre years (1937 – 1971). These were identified and copied during a visit to the Essex Records Office in Chelmsford.

We both found that we were really getting engrossed when researching these historical Panto programmes and identifying interesting facts relating to the actors, stage layouts, scripts and songs employed in each show. It was fascinating to learn that Pantomimes attracted the highest attendances during each year and feedback highlighted how much the panto shows were thoroughly enjoyed by the many families who attended the shows and were also a great source of income for the theatre. 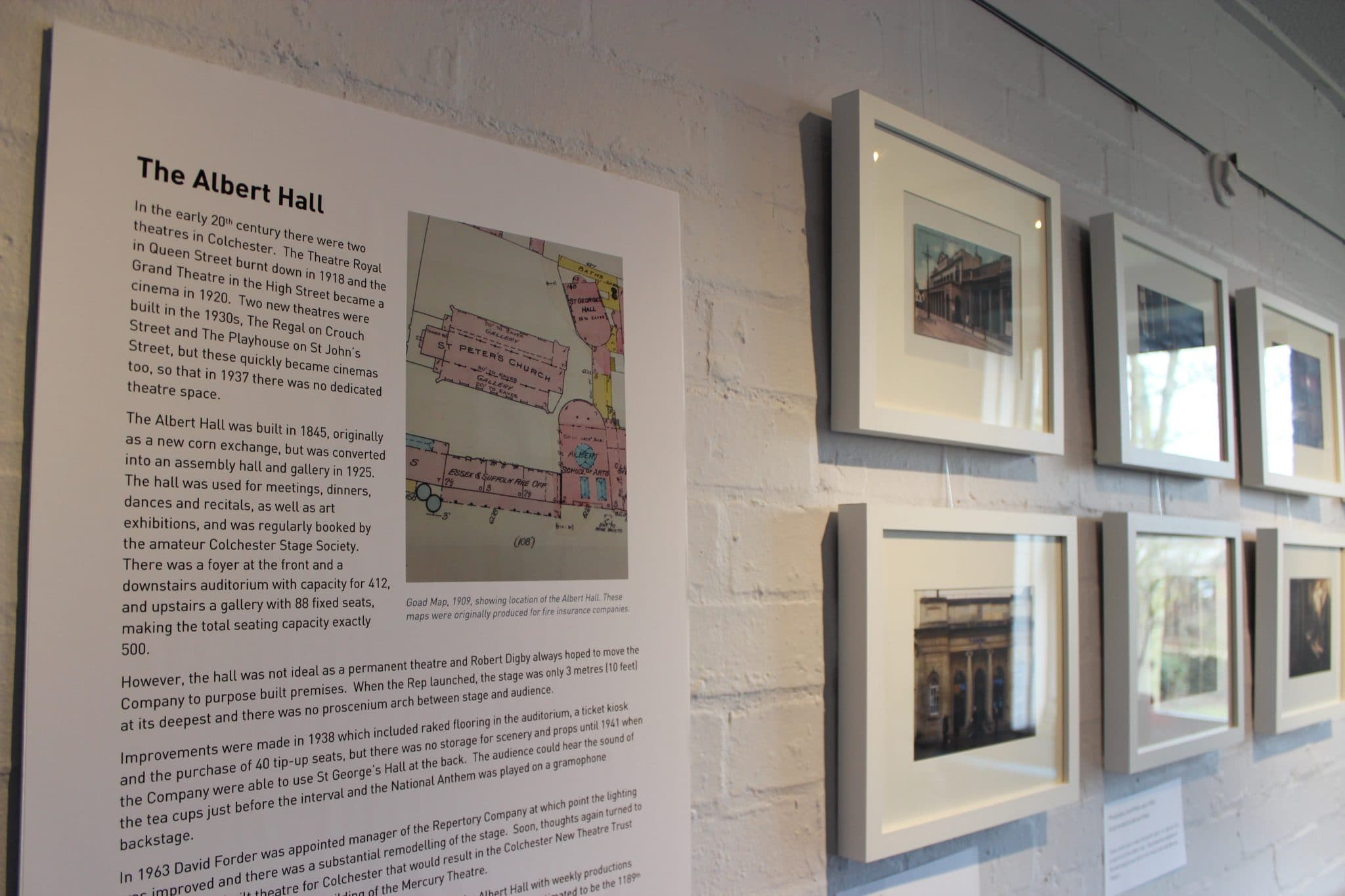 I was asked to help prepare a scrap book of Pantomime facts covering the principle actors, their fantastic outfits and the detail that went into creating the Pantomime sets. Stored information also included rehearsal records, which noted minor errors that required attention or changes to scripts to enhance audience participation and raise the opportunities for them to get more fun out of the show. A fair amount of time was spent collating the research and presenting the selected items by everyone and we are sure that our combined efforts were appreciated by the numerous visitors to the Exhibition presented in the Digby Gallery of the Mercury Theatre, during the Panto during December and January.

We both enjoyed learning about how much work went into producing a Pantomime and felt proud to be able to share so much of our research with Claire, Laura and other volunteers. We both now look forward to more cataloguing during March and sharing our findings with the Archiving team.

Amy is the Mercury Theatre's Head of Marketing & Sales

Claire and Laura from Mercury Voices describe what happened when they asked how the Mercury Theatre archive could be used in a local history study for primary aged pupils. PS….

Mercury Voices is a two-year project to catalogue fascinating artefacts that tell the story of the history of the Mercury Theatre. We’re moving in to a new phase to…

With speakers from the Heritage Lottery Fund, the National Theatre, Southbank Centre, Tyne Theatre & Opera House, The Royal Conservatoire of Scotland, and more, the Study Day brings together…

From Make It
What's On

Whilst parents are working remotely and children are virtually tasked by schools to learn from home, households across the country are having to adjust. But within these uncertain times…