The Events – Q&A with the Community Choir 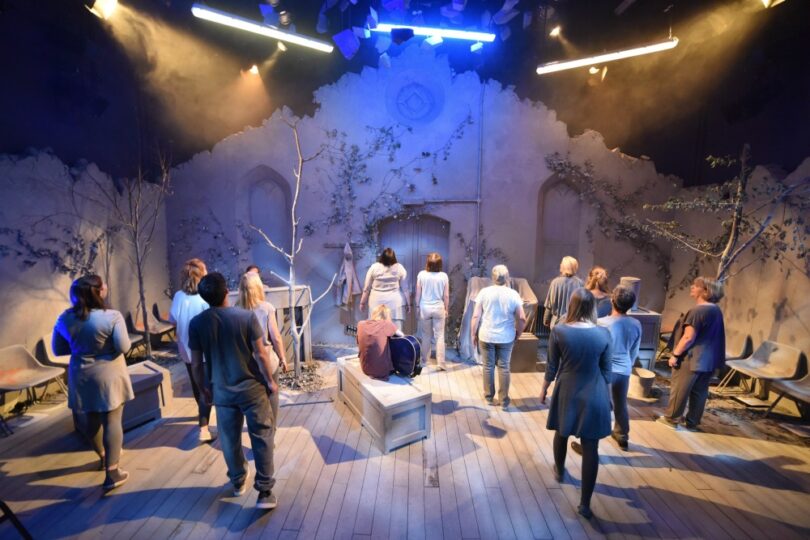 In light of the recent tragic events in London and Manchester, we are mindful of the fact that The Events deals with sensitive subject matter and we wish to extend our deepest sympathies to all those affected.

On 22nd July 2011 a far-right terrorist murdered eight people by detonating a van bomb amid the Regjeringskvartalet in Oslo, Norway. He then travelled, disguised as a police officer, to the Worker’s Youth League (Labour Party) Summer Camp on the island of Utøya. He gathered together the young people there, ostensibly to warn them of what had happened at the Regjeringskvartalet. He murdered sixty-nine people on the island. He sniped at teenagers trying to swim back to the mainland. In August 2012 he was convicted of mass murder, causing a fatal explosion, and terrorism.

The Events is the playwright David Greig’s response to what happened in Utøya. It is not a retelling, but is a fiction seeking to expose the grief and ramifications of such events, and ultimately encourages the possibility of hope in people coming together.

The poeticised world of our production takes in an imaginary version of the UK, but also links to Colchester itself. The choir you will see is drawn from our local community – all volunteers who wanted to come together to sing and be a part of a shared experience. Some choices in the production speak to our home town. We have also made The Events with Nick Alexander in our minds, the only British casualty of the attacks at the Bataclan in 2015. Nick was from Colchester, and had many friends and colleagues involved in the arts community here.

We spoke to the Community Choir about their experiences being involved in The Events.

The 30 strong choir drawn from members of the Colchester community shows the diversity and range of life experiences in our community. We interviewed them in rehearsals to find out what inspired them to sign up for the community choir, and what they’ve learnt from this process.

Why did you choose to sign up for the choir?

“When I knew it was all different ages, abilities and everything coming together like an actual choir, I thought it was a great opportunity. I didn’t even know actual choir’s still existed!”

“I’ve already been in one show here, I really enjoyed that and found it very challenging. Also when I discovered it was singing, which I love, that was another huge encouragement to sign up.”

“I used to sing before in the Czech Republic where I was born. I hoped that by signing up for the choir, I would meet more people and make more friends.” 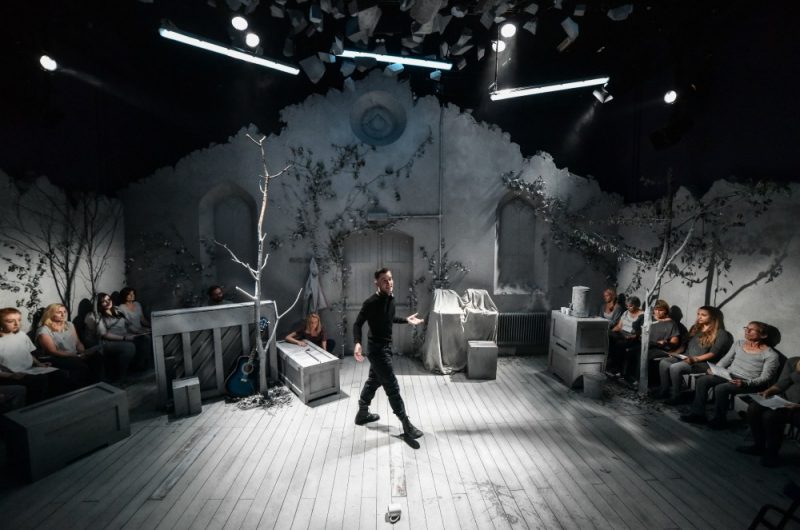 What has been your favourite thing about being part of the Community Choir?

“Meeting people, I never get a chance to meet such a big group of people, and also just understanding how theatre works because I’ve never done this before.”

“Scott is an amazing teacher, I already sing in a choir, but this is just different. It’s emotional and getting in touch with who we are, inside.”

“Meeting new people.  We had a movement workshop with Nancy, everyone had their own character and we had to interact, so it was nice to see how everyone’s personal story would translate on stage through movement.”

“The inclusive vibe. When we do stuff we are encouraged to just do more, rather than them looking at you and being like “no not like that” instead it’s “maybe more like this”. We’ve been really encouraged.” 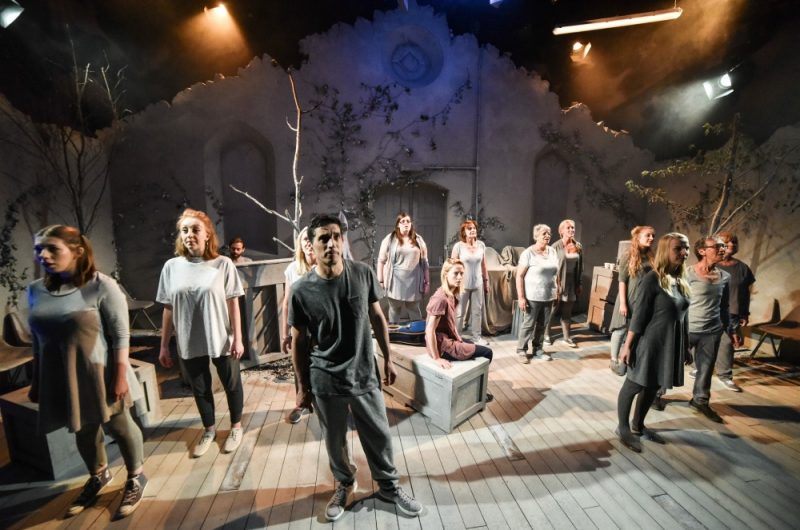 Finally, is there one key thing that you can take away from this experience and use elsewhere in life?

“Well I’ve done working together, but this is very much working together. Co-operation is a very very strong emphasis in everything we’re doing. You lose your ego and you get absorbed into the general thing. I think that’s very lovely and very healthy actually.”

“It’s definitely a massive confidence boost, because you can just be an idiot with everyone else and not feel stupid! The movement I didn’t have a clue about! And with the singing, well I didn’t know I could hit some of them notes! Getting stronger and better!”

“I think just doing the movement work with Nancy. Because I haven’t gone to drama school or anything like that and I think it’s an important part of acting. I found that it’s helped to bridge the gap between theory and movement, yeah it’s been really helpful”

“Doing the harmonies is a lot harder than I thought it would be. Having to sing a note that’s not in the melody with the melody, I find that really hard. But I’ve got better which has been good.”

“It’s given me the confidence to be myself. I cannot say it’s something new but it’s just one step closer to believing in yourself.”